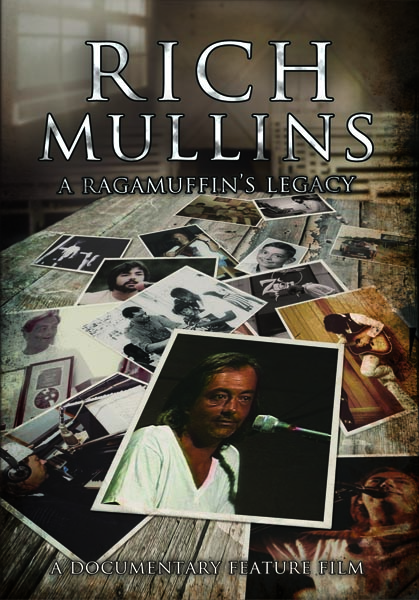 Rich Mullins was a Christian singer and songwriter best known for songs like “Awesome God,” “Elijah,” and “Verge of a Miracle” to name just a few. You may know him as Rich Mullins, but to his family he was “Wayne”… to his friends he was “Richard.” It seemed his vast experiences and expansive personality made it hard for one name to hold him. He was simple in his faith and complex in his thoughts; brilliant and childlike, loving and confronting.

Many fans of Christian Contemporary music may only be familiar with his songs, but there is a large group of “ragamuffins” who know much more. Rich’s words of comfort, of humor and of hard truth, plus the unique way he chose to live his life in a reckless pursuit of Christ changed these ragamuffins, leaving a lasting impression of a man whose passion was to simply know and serve his Abba. On September 19th, 1997, Rich Mullins was killed in a tragic auto accident leaving behind his music and his legacy.

In the fall of 2010, film producer David Leo Schultz and a small crew traveled the country interviewing the family and friends of Rich Mullins in preparation for the movie, “RAGAMUFFIN.” The following documentary consists of the research footage taken during that time and will take you from his beginnings growing up in rural Indiana to where he spent his last few years in Window Rock, Arizona. This is not just the story of the making of the movie “RAGAMUFFIN,” it is the story of how Rich Mullins, the ragamuffin, was made.

Excerpt From Rich Mullins – A Ragamuffin’s Legacy 1 from Ragamuffin Movie on Vimeo.